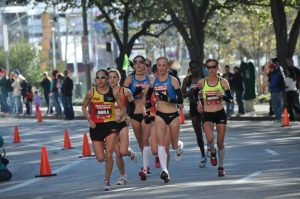 I had the privilege of attending the U.S. Olympic Trials for the marathon last weekend. Roughly 300 of the fastest men and women in our country took to the streets of Houston with the hopes of representing our country in the London Olympic Games this summer.

Their finishing times didn’t matter. Instead, they were all racing to fill the three coveted spots for both men and women. They were working to fulfill lifelong dreams of representing the United States at the Olympics.

Qualifying for the Games came down to one day that only occurs every four years. To qualify, both their bodies and minds had to be perfect. Physically, they had to ensure they were neither undertrained or overtrained. Psychologically, they had to control their self-defeating thoughts —which even elite athletes have — and get to the starting line as confident as possible.

That research project allowed me to watch the Trials through my psychological lens. Since I had talked to some of the athletes and coaches before the Trials, I knew what they were thinking, what they were feeling and what goals they were shooting for as I watched the weekend’s events unfold. 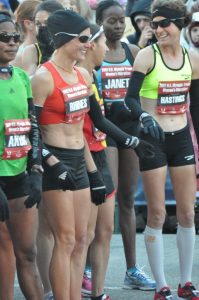 I also listened closely to what the athletes said during the weekend and watched their behavior intently. Here are some of my observations about the best of the best runners in our country.

There is little doubt to me after watching the Trials last week that a marathon — or any competition, for that matter — is won or lost on the playing field that exists six-inches between the ears. Studies in sport psychology show that athletes who also train their minds by receiving mental training outperform those who don’t. More and more athletes are recognizing that they must develop the mental side of sport and competition —and they are speaking publicly about it.

Regardless of the sport you play or the type of performance you engage in, join me in following these elite athletes. You can use these six observations to improve your performance whether you are a marathoner or not. If you do, you will feel confident and ready to perform up to your potential.