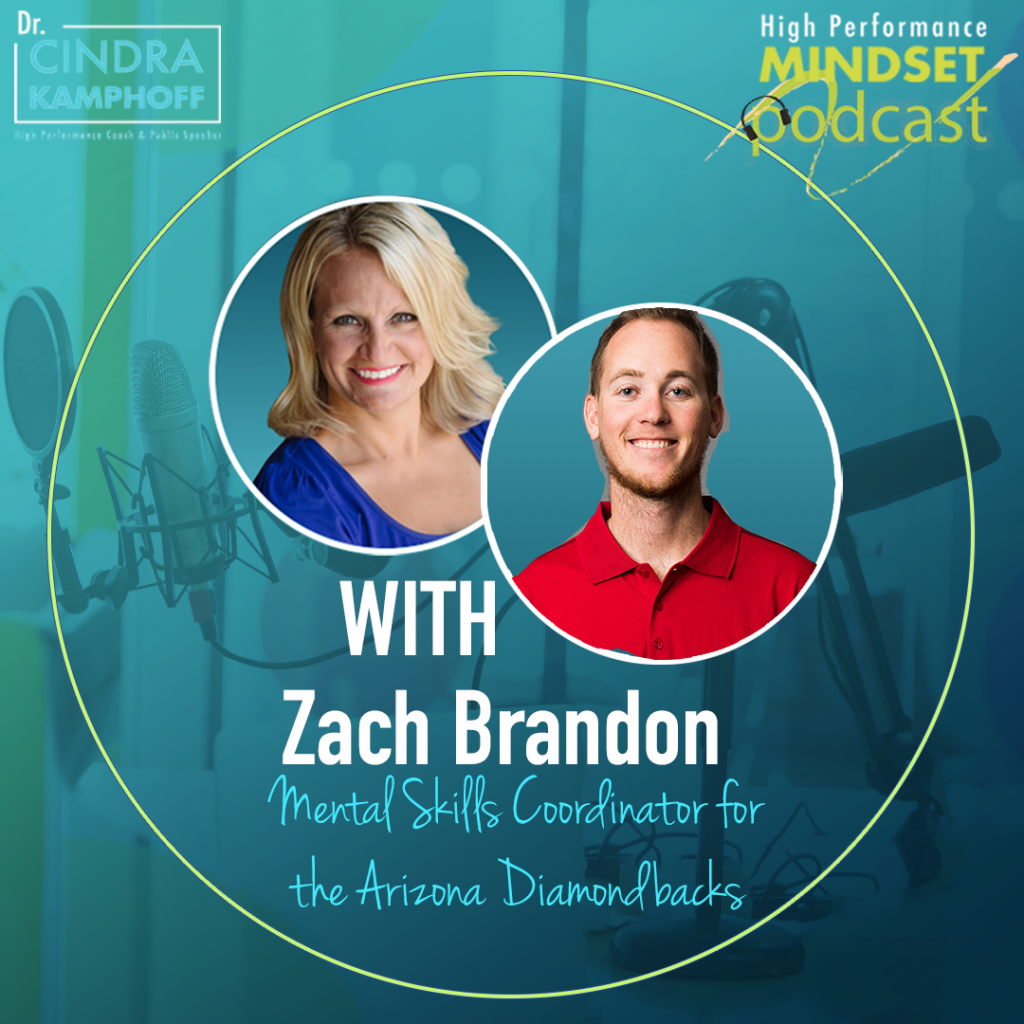 Zach’s passion is studying human excellence and guiding others in pursuit of their own personal excellence. He serves as the Mental Skills Coordinator for the Arizona Diamondbacks where he oversees mental performance services for players and staff across all levels of the organization. He is also the Founder/Director of MVP Mindset Consulting, a performance psychology business that consults with performers and leaders across disciplines. Prior to his current role in professional baseball, Zach served as a Mental Conditioning Coach at IMG Academy (FL).

Zach is a Certified Mental Performance Consultant (CMPC) with the Association for Applied Sport Psychology. He received his Master’s degree in Kinesiology from California State University, Fullerton and his Bachelor’s degree in Psychology from Linfield College (OR). He was a starting pitcher for four years on the Linfield College baseball team including their national championship squad in 2013.

In this podcast, Zach and Cindra talk:

· Why your perspective matters

· What failure means to him

· Strategies we can use to be more mindful

· How stress can be a good thing