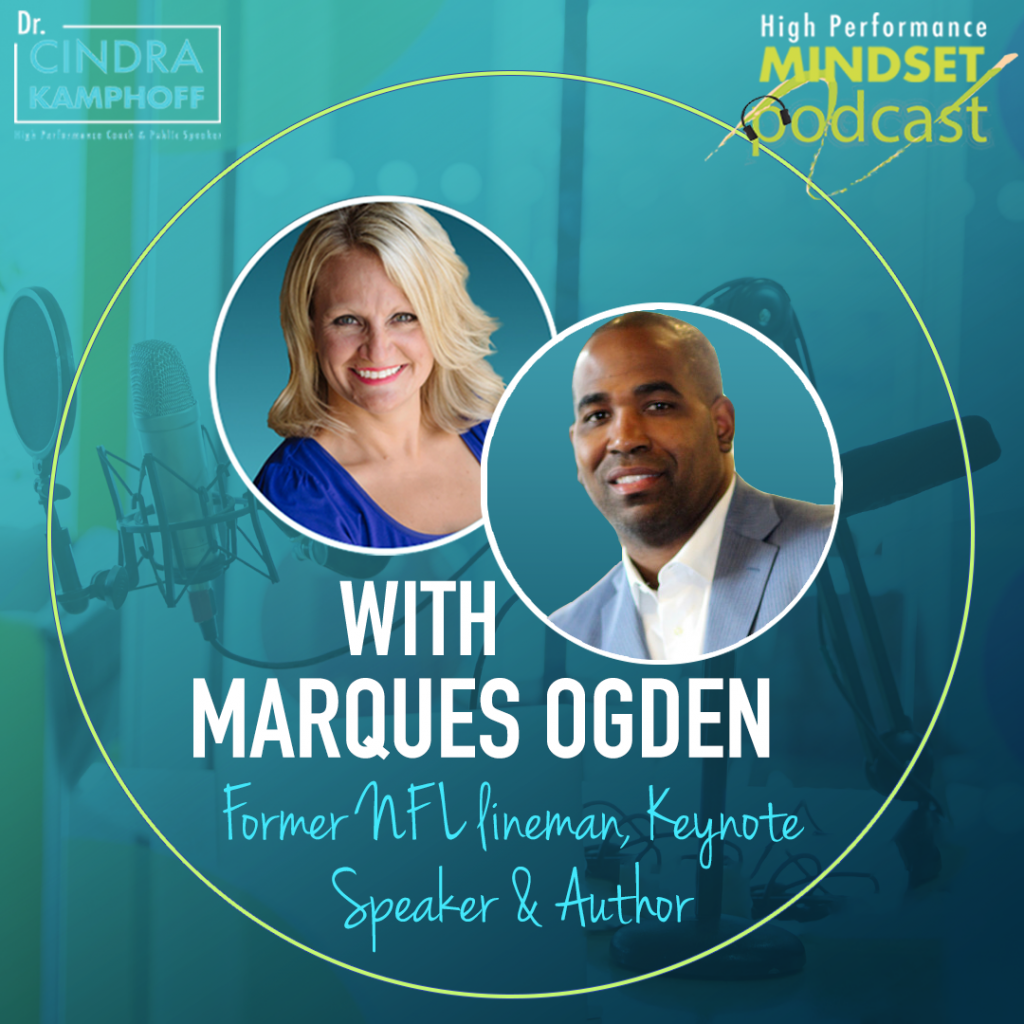 Growing up in a single-parent home with a father that inspired perseverance and fairness, Marques learned how to define his values and set goals. Marques attended Howard University from 1998-2002 where he played football and then followed his dream and his brother Jonathan’s footsteps, getting drafted into the NFL in 2003. He played five years as an offensive lineman with the Titans, Bills, Ravens, and Jaguars.

At the peak of his post-NFL career, Marques Ogden was worth $4 million. Following his NFL career, Marques started Kayden Premier Enterprises, a construction company in 2007 which quickly escalated to being a multi-million dollar construction firm. In 2013, it all crashed around him. Marques got involved in a bad business deal and he ended up losing everything.

Now Marques is a keynote speaker, executive coach, and corporate trainer. His passion is to create value for each client and help others succeed where he failed. These clients include Home Depot and JP Morgan and Chase.

In this podcast, Marques and Cindra talk about:

You can find more about Marques at https://marquesogden.com/

[tweet_dis2] “If you’re on time you’re late. The best leaders are always prepared and arriving early before anyone else.” – @Marques_Ogden [/tweet_dis2]

[tweet_dis2] “Three life lessons: Do not get mesmerized by early success, do not let confidence become consistent egotistical behavior and listen to your trusted staff and advisors.” – @Marques_Ogden [/tweet_dis2]

[tweet_dis2] “We all make mistakes. In order to get ourselves off the canvas, we have to take accountability, take control of our lives and get up and get moving.” – @Marques_Ogden [/tweet_dis2]

[tweet_dis2] “You have to believe it before you see it. If you don’t believe it in your mind and you can’t visualize it and create a plan to attack and go get it, you are never going to see it.” – @Marques_Ogden [/tweet_dis2]