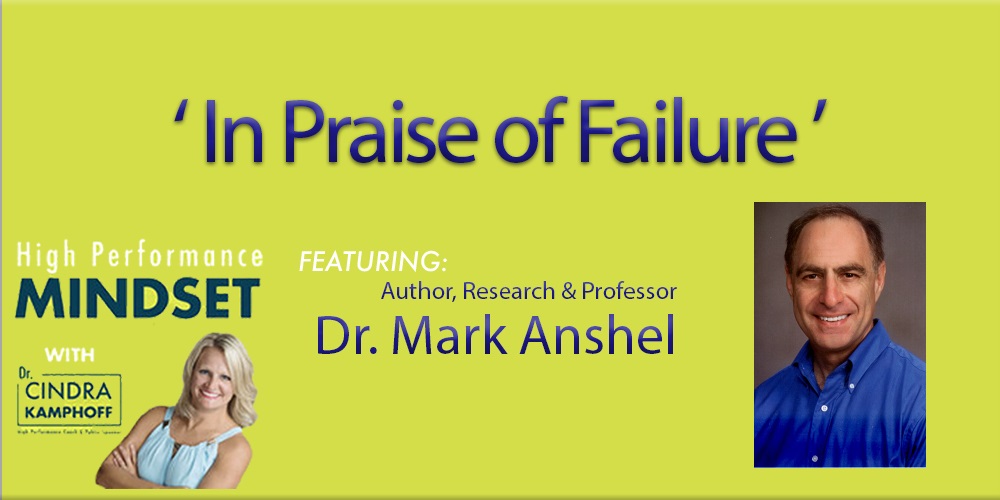 Dr. Mark Anshel talks about his new book, In Praise of Failure: The Value of Overcoming Mistakes in Sports and Life, in this podcast interview. Dr. Anshel has written 12 other books, and over 145 research articles. He has applied his concepts with college athletes and coaches, law enforcement, exercisers, sports rehabilitation settings, performing artists and corporate leaders.

Mark came to study failure from his own experiences failing. He says we are taught to see failure as harmful, but failure should be viewed as feedback. Failure is a perception, meaning failure to one person is success to another.

As leaders, coaches, parents and teachers, Dr. Anshel suggests that we should criticize behavior, not character when discussing failure. When giving feedback, we should praise first, and then discuss what the person did wrong by focusing on only 1 or 2 things. The key is to give people hope – that is what we all need, he suggests.