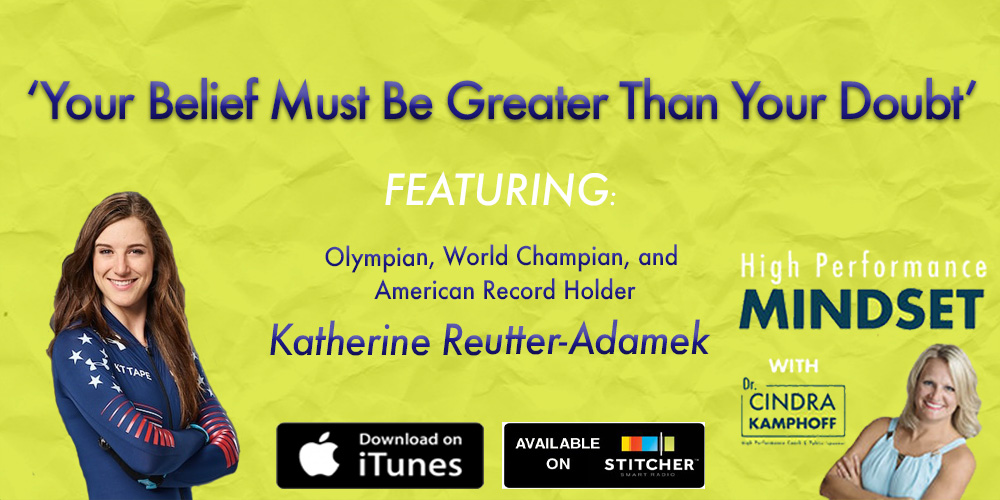 Katherine Reutter-Adamek is an American record holder, World Champion, and two-time Olympic medalist in short track speedskating. She is an Olympic Silver and Bronze Medalist.

After several injuries and surgeries following the 2011 season Katherine was forced to retire. She moved to Milwaukee to coach for three years before deciding to make a comeback for the 2018 Olympia Games. Coaching, along with a few great sports psychology consultants, has widened her perspective and helped her embrace a growth mindset. Through out the next two seasons she learned lessons from both triumph and failure that led her to pursue a career in public speaking and share her experiences about the mental game.

In this interview, Katherine and Cindra talk about: