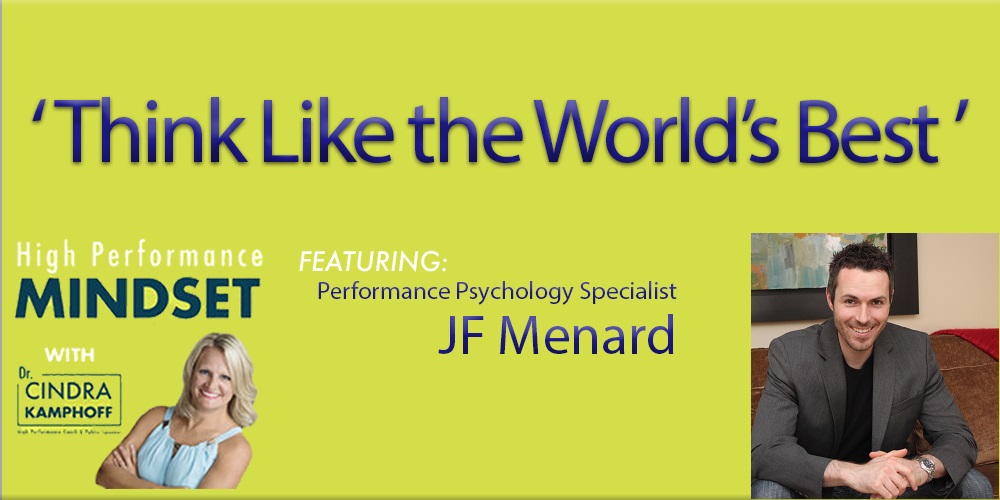 JF Menard, a performance psychology specialist, joined the internationally acclaimed entertainment company Cirque Du Soleil at the age of 25, fresh out of graduate school. “They didn’t hire me for my experience. They hired me for my passion.” In this interview, he talks about how being around the best athletes in the world helped him elevate his game. He provides several lessons learned (one from a clown) and how his work at Cirque lead him to start Kambio Performance in 2013.

Over the years, he is helped athletes win gold medals in the 3 biggest major sporting events: Commonwealth, PanAms and Olympic Games. He discusses how he helps his athletes handle pressure, perform their best at the Games, and how he prepared himself as a sport psychologist to go to the Games in Rio. He also shares what he sees as the mental attributes of the World’s best one of those attributes being that “World champions are not fearless – they just fear less.”

[tweet_dis2]You may not have 100% but give the best version of the 85% you have. @JFMenardKambiop via @Mentally_Strong[/tweet_dis2]

[tweet_dis2]85% of your fears never happen. Ask yourself, how much do I really need to be scared? @JFMenardKambiop via @Mentally_Strong[/tweet_dis2]

[tweet_dis2]If you were to develop one skill, it would be to condition yourself to see the situation differently. @JFMenardKambiop via @Mentally_Strong[/tweet_dis2]