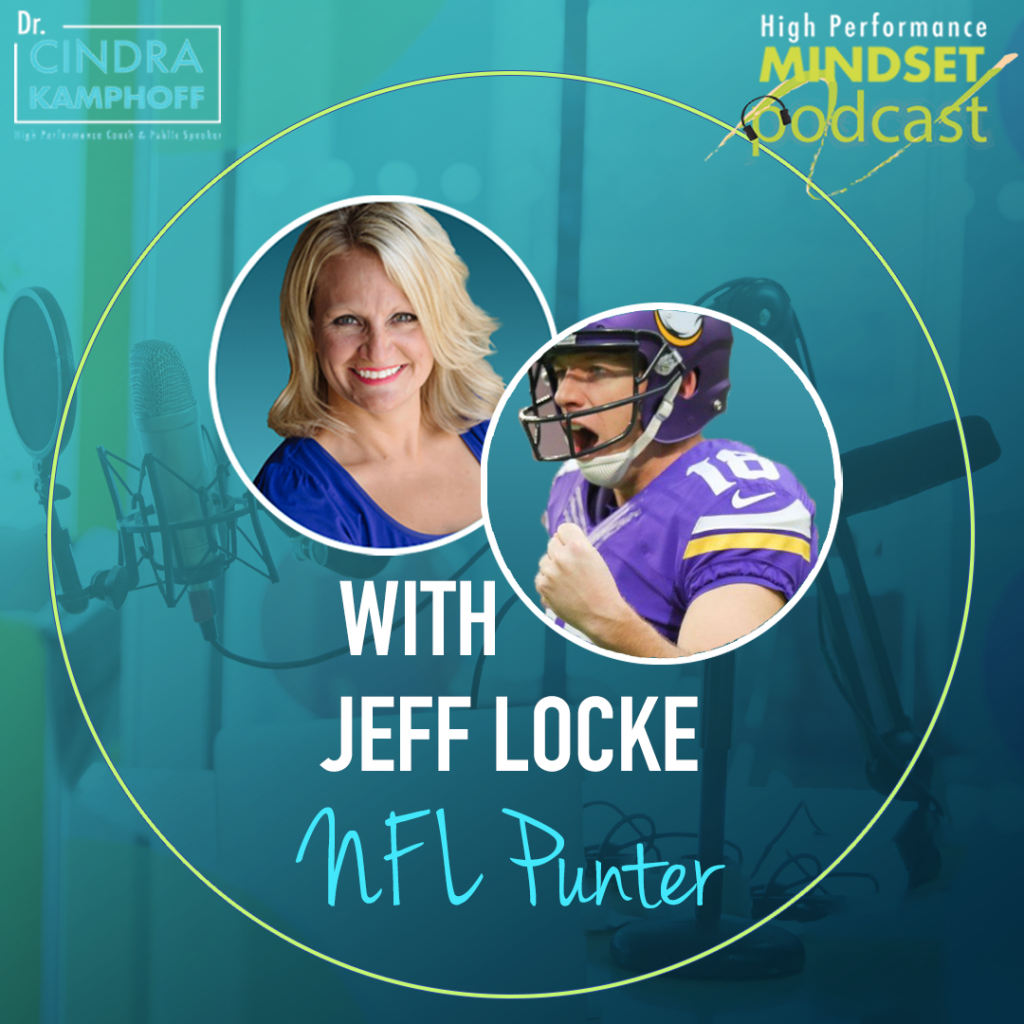 Jeff Locke is a professional football player who was drafted in the 5th Round of the NFL Draft in 2013. Jeff spent 4 years as the starting punter for the Minnesota Vikings and continued his career with the Colts, Lions, and 49ers over the next 2 seasons. He most recently played for the Arizona Hotshots of the AAF. He earned his degree in Economics from UCLA and was a 4-year starter on the football team.

While in the NFL, Jeff enjoyed spending some of his time as a mentor and advocate with ACES, a program that provides sports-based curriculum to improve math skills and social-emotional learning for low-income students. He has also developed and presented financial literacy presentations to the rookie groups of each NFL team he has been a member of. He has a passion for financial education and plans to dedicate a part of his post-football career to helping others improve their financial well-being.

In his downtime, Jeff loves spending time with his girlfriend, golfing, and riding his bike. He enjoys reading across multiple disciplines, such as history and psychology. An Arizona native, he now resides in Santa Monica, California.

In this podcast, Jeff and Cindra talk about:

6:40 – Jeff’s Perspective on Mindset and Performance

16:00 – A Struggle Jeff Went Through and How He Overcame It

19:50 – How Jeff Handled Criticism From Fans on Social Media

[tweet_dis2]”The best take practice seriously, so when it comes to performance they treat it like practice instead of leveling it up for game time.” – Jeff Locke [/tweet_dis2]

[tweet_dis2]”The guys in the NFL don’t have a light switch. They don’t turn on their light try hard in one area and then turn it off in another area. They are always on and want to be the best in everything that they do.” – Jeff Locke [/tweet_dis2]

[tweet_dis2]”One of the signs of a really good punter is that if you have a bad punt you don’t follow it up with another bad punt. You have a way to clear it and come back out and have a really good rest of the game.” – Jeff Locke [/tweet_dis2]

[tweet_dis2]”If I could focus just on the ball in front of me, it washes away everything else around me. It keeps me so calm and locked into that moment that I could perform at my highest level.” – Jeff Locke [/tweet_dis2]

[tweet_dis2]”If you have a growth mindset, these really really tough moments in your life are actually going to be a way to make you stronger in the future. It’s not going to chip away at you, it’s going to be a spring board fo prepare you for when adversity strikes again in the future.” – Jeff Locke [/tweet_dis2]

[tweet_dis2]”It’s a simple but profound concept… to control what you can control and that’s literally all there is. This concept has carried over with me way outside the football field. I use use this weekly if not daily.” – Jeff Locke [/tweet_dis2]

[tweet_dis2]”On days I was in really really deep flow, and nothing could affect me I was just having one of my best days punting ever, I could almost see every spin of the ball. I was only focusing on that ball and where I wanted to place it. And then everything else took care of itself.” – Jeff Locke [/tweet_dis2]

You can find a full description of the Podcast at cindrakamphoff.com/jeff.