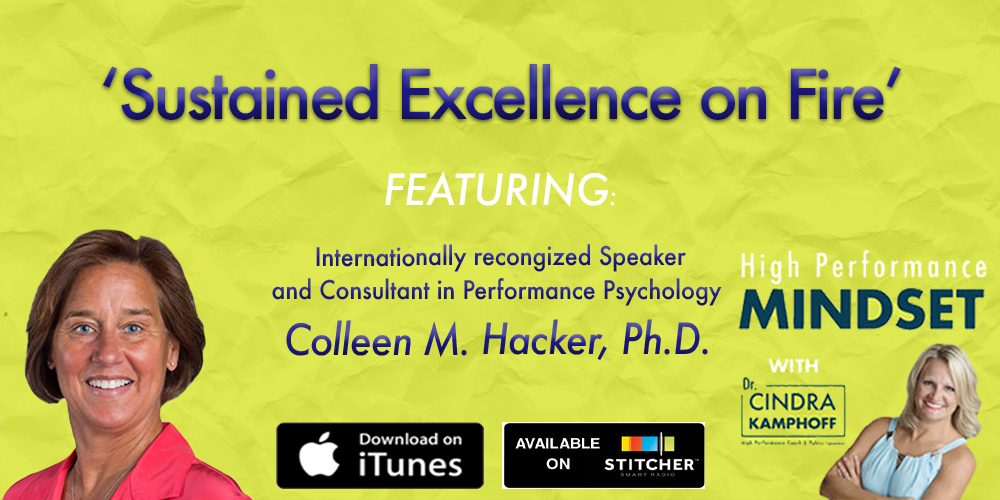 Dr. Colleen Hacker has served as a member of the United States coaching staff for five Olympic Games as a Mental Skills Coach and Performance Psychology Specialist. Dr. Hacker began her National Team service in 1995 working with the U.S. Women’s National Soccer Team. They won the first Gold Medal awarded in women’s soccer at the 1996 Olympic Games followed by a dramatic overtime victory over China in the 1999 World Cup that year.

In addition to her work with National Teams, Dr. Hacker serves as the mental skills coach to professional, international and Olympic athletes in a variety of sports.

With more than 30 years experience in higher education, she is currently a Professor in Kinesiology specializing in Sport and Exercise Psychology in Tacoma, Washington. Dr. Hacker has received numerous professional awards including the Distinguished Professional Practice Award from AASP (the first woman to do so) and the Faculty Excellence in Teaching Award (the highest teaching honor awarded by the University). ESPNW named Dr. Hacker as one of 30 women in the country who “change the way sports are played”.

Catch Them Being Good (Penguin Books and Viking Press) a collaboration with champion soccer coach Tony DiCicco, was released in 2002.

In this interview, Colleen and Cindra talk about:

If you enjoyed today’s interview, please head over to iTunes, Google Play, Spotify – where ever you are listening to us and leave a rating and review.